Visitation will be held from 6-8 p.m. on Feb. 18 at Sneed Funeral Chapel in Lampasas.

Funeral services will be Feb. 19 at 1 p.m., also at Sneed Funeral Chapel, with interment to follow at Oak Hill Cemetery.

Alehandro Loya and Santitas Carrion married in 1961. They started their life together residing in Abilene. They then moved to Lampasas in 1969, and built a home to raise their eight children in. It is the place Alehandro would spend the rest of his life with his wife of 60 years.

After high school, she volunteered at a hospital in Waco as a candy striper, and later was a foster parent. Linda worked as the office manager for Lindler-Broughton Building Company in Houston for 35 years.

She was married to Charles Ernest Braughton for 36 years until he preceded her in death.

Linda was a believer in Jesus and aspired to be a missionary. Her special gift was being a giver and a helper. Her dream of being a missionary was fulfilled; it just didn’t look like she envisioned it might. She loved unconditionally and would give her last penny to someone in need. She exuded a positive and grateful attitude, and her kindness and generosity touched many people. 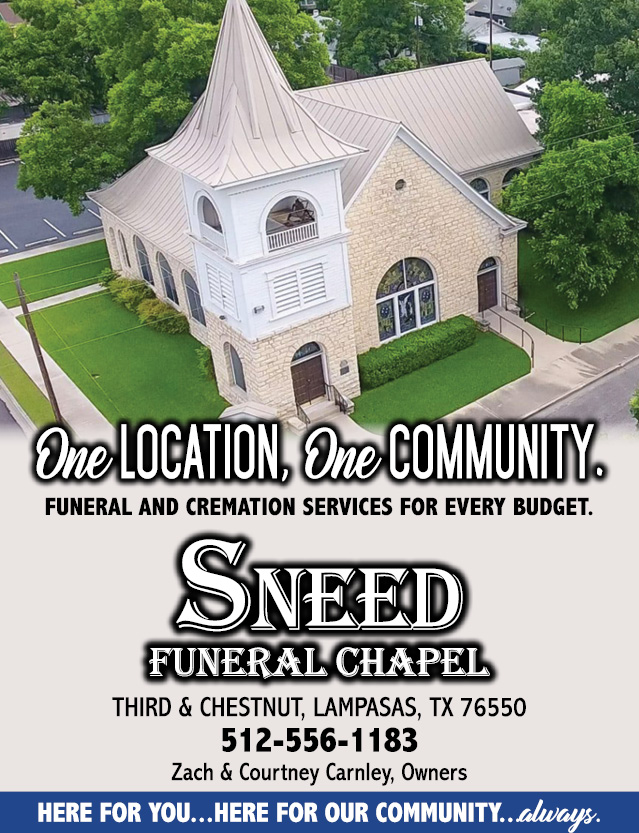